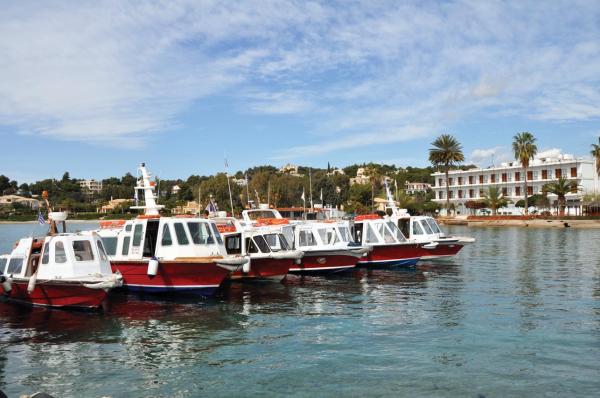 Close to Portocheli someone can visit Kosta
Kosta is a small village located at the southern part of the Prefecture of Argolida and the municipality of Kranidi with only 83 inhabitants. It is very close to Portoheli and even closer to the island of Spetses. Kosta has recently become a tourist destination forcing the people to engage themselves with the tourist businesses. Through the port of Kosta, Spetses and Hydra as well are very easily accessible.

It is one of the most modern villages of the county. The most important historical event linked with the area is the battle between the Athenians and the Spartans in 424 B.C. The word “kosta” means the place near the sea and it has a latin origin, obviously that’s why the village was called Costa.

The village is mostly known for the famous surrounding beach that attracts quite a number of visitors during the summer, who have the choice of spending their holidays in one of the hotels or in the camping if they wish to be more close to nature. Paying a visit to Spetses, which is very close and easily accessible, is a must when you come to Kosta. Heading north towards Portoheli and very close to the city, the ruins of the ancient city Alieis are found. The city was founded by citizens of Tirintha around 468 B.C. Main occupation of the people used to be fishing that’s why the city was named “Alieis” the greek word for fishing. Alieis was a strong ally of the Spartans. The decline of the city started around the end of the 4th c. B.C., while today lots of the ancient buildings can be seen sunk in the sea.

WORTH VISITNG
The ruins of the ancient city of Alieis

WHY IT IS FAMOUS ABOUT
The beautiful surrounding beach