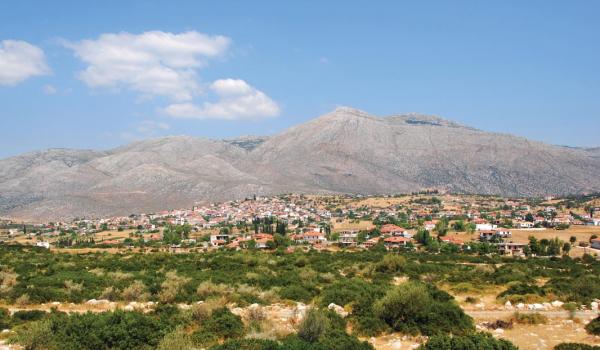 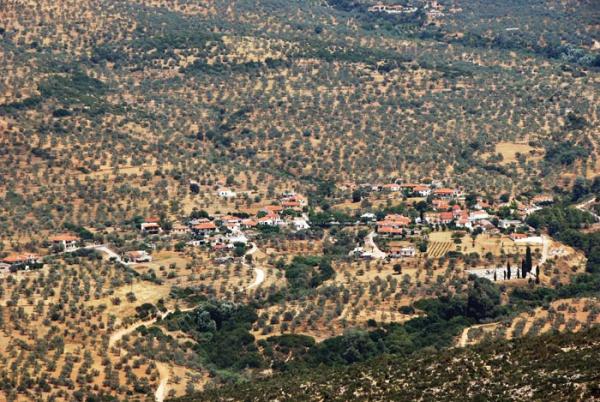 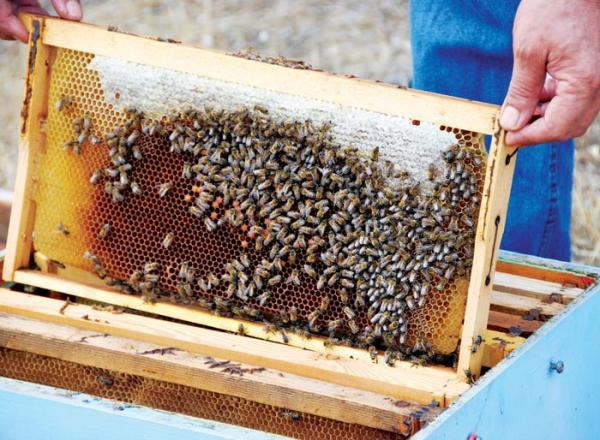 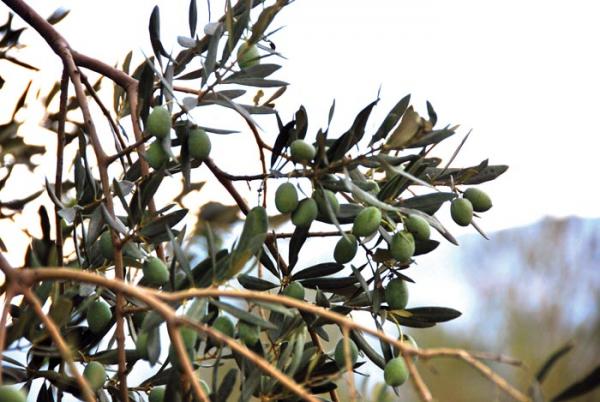 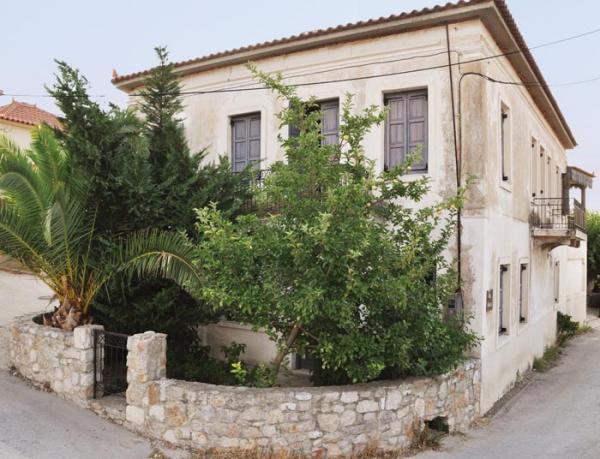 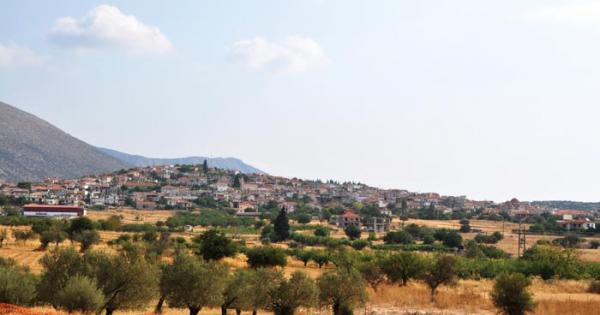 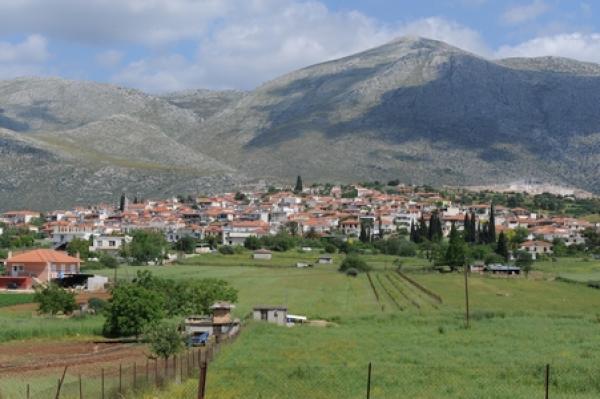 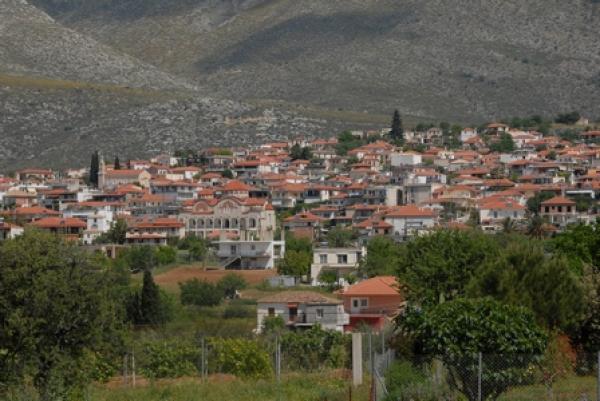 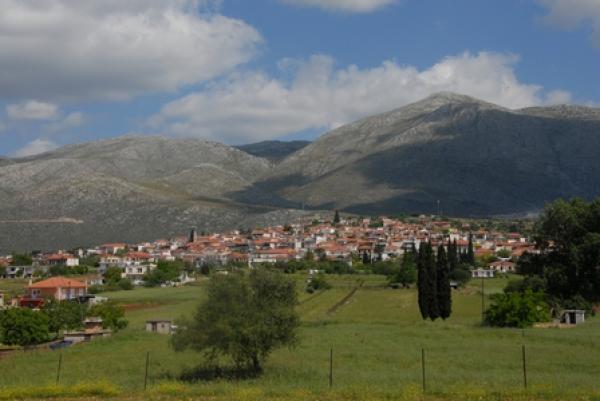 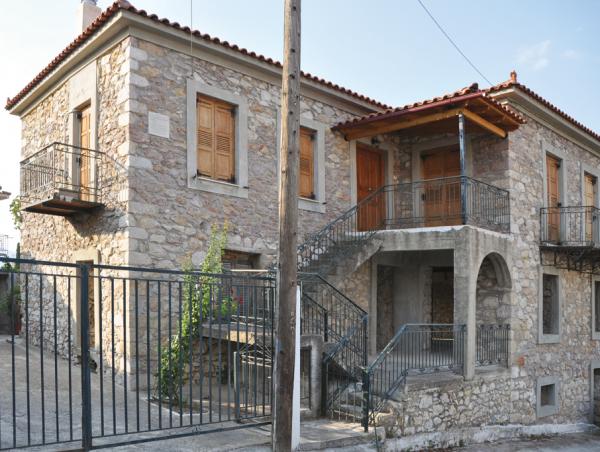 Ligourio, amphitheatrically situated on the south of the hill Agioi Taxiarches, overlooking Parnonas and the other mountains of Arkadia, has a population of about 3000. The area, where people are mainly occupied in agriculture and stock-raising, is filled with verdant gardens, orchards and olive groves. Ligourio has a strong presence in financial life with its marble quarries and small industries of wood, iron and ceramic processing. One of the main occupations of the inhabitants is also tourism, with the nearby Temple of Asklepios and the Epidaurus Festival (“Epidauria”), which is famous worldwide, contributing greatly to the touristic development of the district.

A glimpse of the past
Ligourio is situated on the border of the ancient kingdom of Lessa, under the protective shadow of the treeless, rocky mountain of Arachnaion - called "Sapyselaton" in Ancient Greece. The traces of the kingdom of Lessa go back in time. In medieval times, new populations gradually inhabited the region and made Ligourio into their home. The first time the name of the village is reported is in the 14th century; yet, the existence of Byzantine churches in the region indicates that the region had been populated much earlier. The visitor who decides to climb up the mountain, will find the ascent easy and the experience unique; even though the residues of the last fryktoria lit there to deliver the message of the fall of Troia, according to legend, are not to be seen; even though the traces of the altars of Zeus and Hera, where, according to Pausanias, people asked the gods for rain offering sacrifices, are not to be found.

Ligourio took part in the Greek War of Independence (1821) and its people participated in the siege of Palamidi.

Its name is of unknown origin. It’s a unique name, found only in Argolida, puzzling Greek historians and linguists, as well as local intellectuals, who, trying to explain its origin, have suggested various possible etymologies. Some of them are simplistic and naïve (from the Greek words lygaria, osier, or Ligures, or from lygeros, slender, or from ligoura, hunger); some seem to stand but lack historical documentation (from the ancient words elaiourgeion, oil mill, or from luggourion, tourmaline, a type of precious stone, or even from ligyros, distinct, loud). Another version is that it originates from elaiourgeion (oil mill), (becoming elaiogurion, elaion gyroi, then legoureion, and finally Ligourio), since the olive tree is dominant in the area. Although some of the above etymologies seem to stand, yet, scientifically speaking, none can be taken as the official version, without being certified by the historical documents. The ceaseless reference of the place-name Ligourio throughout centuries, at least after its first official report in the 14th cent., placed where it now stands or to an older position, not only indicates that the place was constantly inhabited, but also shows the endurance of the name to various foreign conquests and attacks (Francs, Venetians, Ottomans, Arvanites).

The Temple of Asklepios has always been in the hearts and minds of Ligourio’s inhabitants. Proof of that is the fact that back in 1879 they gave away their farms to the Archaeological Society with no financial demands (contract no. 250), so that the dear departed archaeologist Panagis Kavvadias could carry on his excavations at the archaeological site unobstructed. These excavations revealed many important monuments, some of which have been partly restored to their former state by the Epidaurus Monuments Maintenance Committee. The people in Ligourio have fully accepted the burden of their heritage, and are fully aware of the uniqueness of the monuments and their great impact in the economic, social and cultural development of the region.

Events
The drama performances at the Ancient Theatre bring the past into the present lives of the people in Ligourio. The place maintains its traditional use and every July and August, during the Epidaurus Festival, ancient dramas are performed together with modern plays, attracting thousands of theatre fans from all over the world. All these events contribute extremely to the spiritual and mental cultivation of the inhabitants, as well as reinforcing their interest in arts and culture.
There is also the “cultural September”, with numerous art events organized, as well as the revival of the ancient custom of Asklepieia.

Local events
On Shrove Monday, lots of people are gathered to see the Carnival events organized by the local cultural society “Kavvadias”. People of all ages dress up and have fun.
In Ligourio, there’s a religious festival every year in honour of the Holy Trinity (Agia Triada), where people have a great time with traditional songs and dances.
The olive production has been a tradition in the area for thousands of years; therefore, every December the local people celebrate it with a feast at the “Oil Festival”.

Local products
Ligourio’s virgin oil is well known to the public, and has been characterized a Protected Designation of Origin (P.D.O.) product by the 1996 decision of the European Union. Also, on the borders of the municipality olive trees are cultivated biologically on big stretches of land.
The inhabitants of Ligourio cultivate olives, apricots and garden produce, famous for their taste and quality. It would also be a good idea to purchase traditional pasta of the area, such as chilopites (type of pasta made with eggs) and trachana, all made with healthy ingredients, following traditional recipes.
The marbles of Ligourio and Asklepieio region are renowned for their quality and many locals have been successfully involved in the business of marble mining.

When visiting Ligourio, one should keep in mind, the breathtaking nature throughout the seasons. Try the view from the highest spots of the village; it’s spectacular. Benefit from the unrivalled healthy climate; admire the view to the southern and eastern Argolida, with its unique monuments. And a little bit further, let the sea breeze strike you and gaze around: Saronikos is on one side, Argolikos on the other.