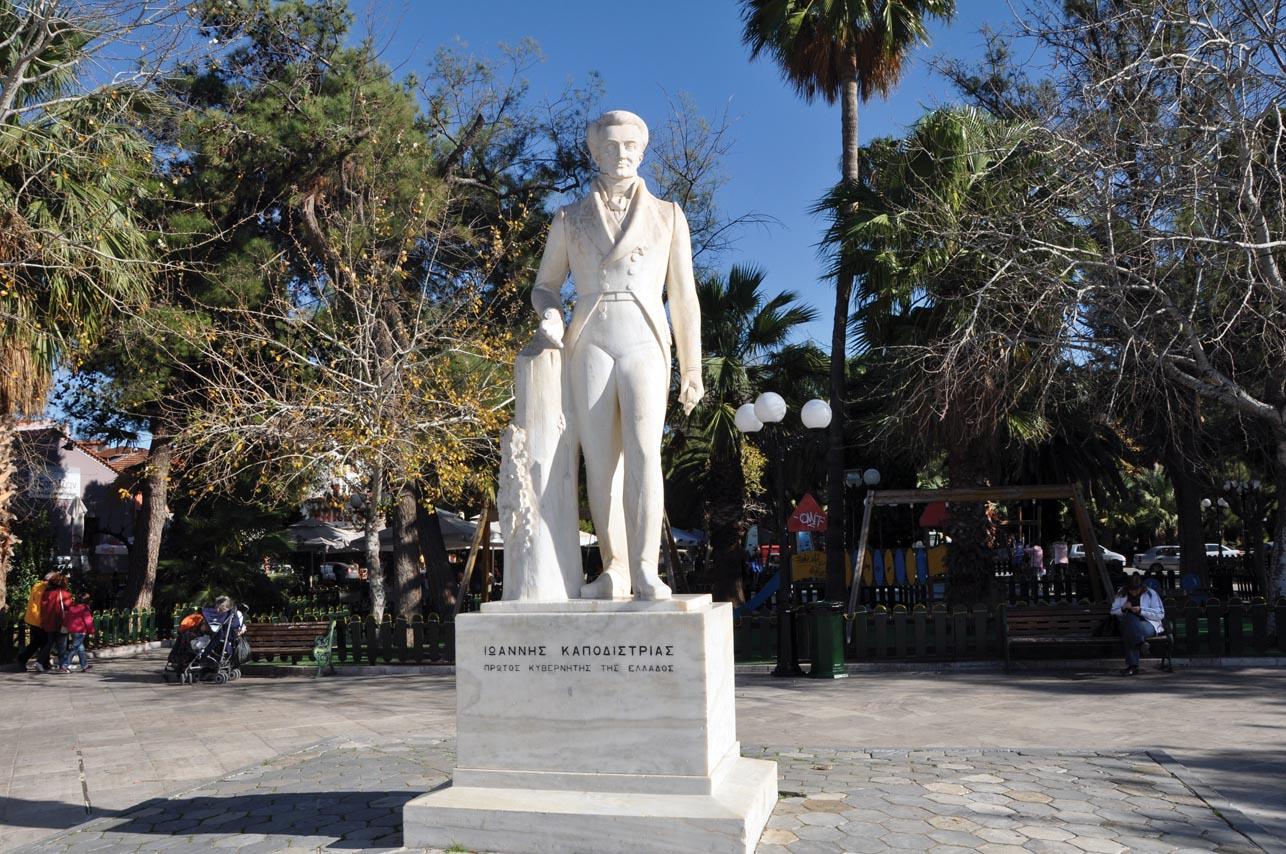 Nafplio, the capital of the prefecture of Argolida and the first capital of Greece, is a picturesque city with a significant history and deeply rooted cultural traditions. Built at the foot of two forts, Palamidi and Acronafplia, today it has a population of around 19,000 inhabitants and a growing tourism.
Nafplio is a neoclassical 19th century city with great tradition and centuries of history. Nafplio combines a set of images that fascinates visitors. The main source of income is tourism as it is a popular destination all year round. The city operates a commercial port that exports mainly agricultural products of the hinterland of the county.

How to get there
Nafplio is only about 144 km from Athens and easily accessible by car via the National Highway (Ethniki Odos) Athens-Tripoli, and by following the signs Argos-Nafplio. Moreover, the KTEL buses (27520.27323) has regular daily routes connecting the city both with Athens (210.51.34.588

A Glimpse of the Past
According to mythology, the city was built by Nafplius, son of Poseidon and protector of the city Nafplio. During the Mycenaean period, the city flourished into one of the strongest naval powers of Greece. During the Neolithic period, Nafplio became an ideal place for settlers because of its position. It had access to maritime communications, but most importantly, the steep rocky slope of Akronafplia protected it from any intruders. At the beginning of the 7th century BC the city of Nafplio was a founding member of the State Union of Kalavria and shortly thereafter, it was referred to as a mighty seaport of Argos. According to the reports of Pafsanias, who had visited the area, the city was nearly abandoned during the Roman era. It is believed that the name Nafplio or Anapli was given during the Byzantine period when the city was the core of a Byzantine domination. During that period, a very important figure was Theodore Sgouros, the ruler of Nafplion from about 1200. During the Middle Ages, the city experienced the rule of the Byzantines, the Venetians and the Franks. In 1388, the city was under the Venetians’ occupation. The new rulers of the city reinforce the fortification of the city. Two fortresses were built on land, Akronafplia and Palamidi, and a third in the Bay Nafplias, Bourtzi. Even in this day and age, these three buildings were viewed as monuments, which gave the city its character. In 1540 the city surrendered to the Turks and many Greeks were made to leave their hometown. In 1686, the Venetians, led by general Francesco Morosini, managed to re-take the city until 1715, when the second and harsher occupation of the Turks began and lasted until 1822.
Nafplio was the management center of the rebel forces during the Greek Independence War in 1821.The first Greek Constitutions were formulated in the nearby areas of Epidauros and Astros during the first two years of the revolution.
On November 30, 1822, Nafplio is finally liberated from the Turks. Staikos Staikopoulos seized Palamidi and three days later the Turks turned over the city to Kolokotronis. The seat of government was gradually moved to Nafplio. Over time, the city got back its important role in current events. On May 4th 1827, the third National Assembly defines Nafplio as the official capital of the country. A year later, Ioannis kapodistrias comes to Nafplio. The 3rd National Assembly appointed him as governor for 7 years. However, before completing his term, Kapodistrias was assassinated in 1831, outside the church Agios Spiridonas. His most important goal was the rebuilding of the military and navy, which he succeeded in doing. He also managed to expand the boundaries of the country in mainland Greece. Kapodistrias built the first Greek schools and reorganized the corrupt legal system. Ultimately, the governor made serious efforts to strengthen the agricultural sector and cut the first Greek currency the phoenix (Finikas). In 1833, the people of Nafplio welcomed Otto, the first king of Greece. He remained in Nafplio until 1834, when the capital of Greece was moved to Athens. It is worth noting that, in 1862, riots against Otto broke out and led to the exile of the king.

Events
Numerous cultural events are organised in this beautiful city. The most famous of all is the "Nafplio Festival" which have taken place every summer under the auspices of the municipality for 20 years now, and has been recognized as one of the most consistent and successful thematic institutions of the Greek region. It has hosted some of the brightest names of groups and artists of the international classical stage and has won the award for best festival of its kind from the Association of Greek Music Critics. Many articles have been written about it, in both the Greek and the international press. On many wonderful "musical evenings", organized in various romantic corners of the city, one encounters many internationally renowned orchestras, famous classical soloists as well as many famous Greek artists.
The Progressive Union of Nafplio, “O PALAMIDIS ", founded in 1946 by a group of residents with valuable and forward-looking ideas. Its objective is the development and progress of the intellectual ethos of the city. Lectures, seminars, workshops, competitions, symposiums and painting and sculpture exhibitions are occasionally organised in the rooms of the library. During its fifty years of existence, the library has accomplished a lot, but is even more aspired to achieve higher goals with the use of new technology to improve its function. It has also published several books and organizes conferences and lectures of great educational value and cultural interest.
A number of concerts and performances, book fairs, and among other things, painting and photography exhibitions are hosted in various parts of the city.
Every two years the city celebrates the "Naval Week". The events last over a period of fifteen days from late June to early July. The highlight of the “Naval Week” is the so-called "Venetian Night" with a display of fireworks illuminating the sky.

Local events
A famous event is the Anapliotiko Carnival. The events of the Municipality of Nafplio animate the whole town with carnival parades, songs and dances, which give the opportunity for kids and adults to escape even for a moment from their everyday lives. The city fills with the exuberant delight of the residents and visitors who participate in the celebrations. Various themes and satire guarantee laughter and good humor.
Every year, on 1st February, the memory of St. Anastasius, patron of Nafplio, is celebrated in the presence of local and military authorities of the city. This is done by having a great procession while carrying the icon of the Saint and starting from the church Panagia.
On 27 September of every year, the commemoration of Kapodistria is held at the church of Agios Spyridonas, where the eminent politician was assasinated in 1831.