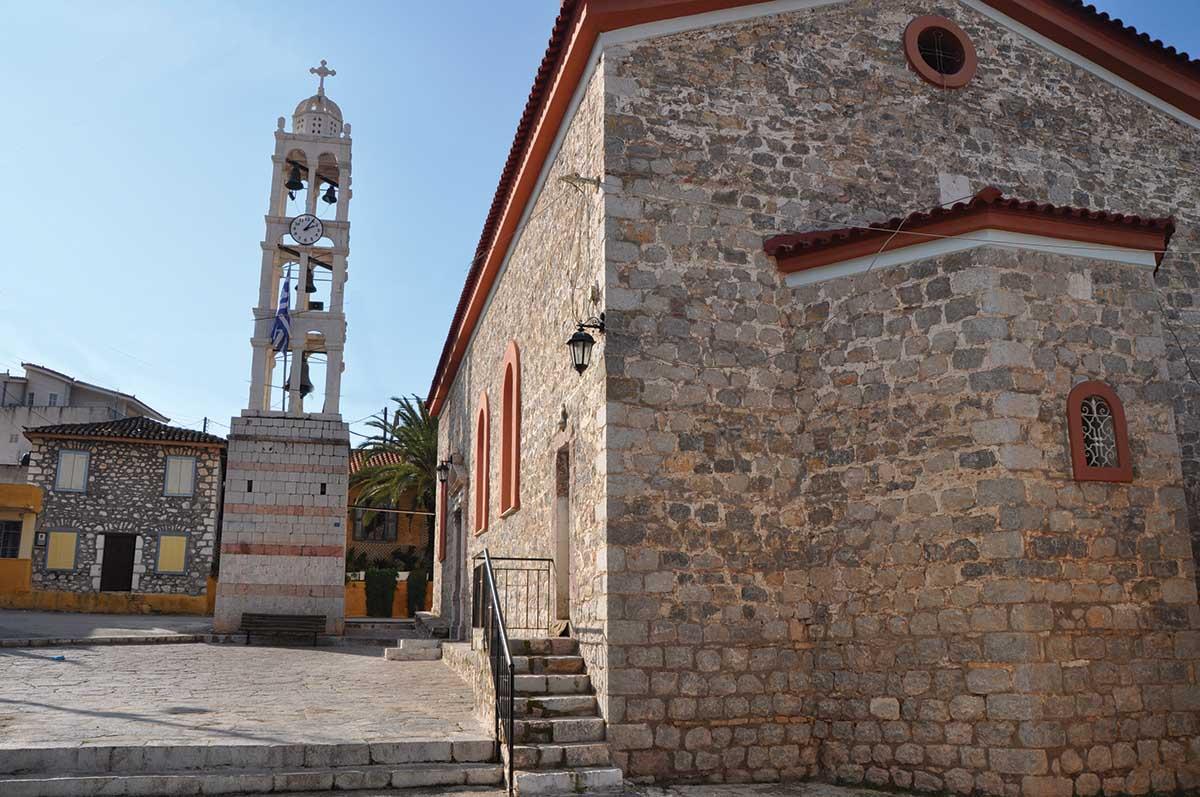 Asini is a big village of about 1200 people, with a picturesque little harbor, on the southeast of Nafplio. It’s built at the foot of a high mountain, the shape of an egg, with a small church of Prophet Elias on its top. Local people are mainly occupied in cattle-raising and cultivating citrus and garden produce.

How to get there
You may get there by car, taking the Athens-Tripoli highway and following the Argos-Nafplio signs. When you reach Nafplio, take the road that leads you into town and follow the signs to Tolo. Just before Tolo, a km or about, is the village of Asini. You may also get there if you take a bus from Athens (KTEL tel. no: 210.51.34.588) to Nafplio, Argos, Ligourio or Kranidi.

A glimpse of the past
According to historic evidence, Asini was Sparta’s ally, on whose side it fought against Argos. Once the warfare was over, the army of Argos devastated Asini in 740 BC, leading many locals to exile. Excavations carried out by Swedish archaeologists, starting in 1922, showed that the region had been inhabited since the Early Bronze Age (3000 BC). During the Mycenaean Era the city had bonds with the renowned Mycenae. In Homer’s “Catalogue of Ships” (neōn katalogos) there is a reference to Asini’s participation in the Trojan War. Dryopes had resided in the ancient Asini. Around 700 BC, after its destruction by the Argeians, the city was almost completely deserted. New settlers will come around 300 BC. During the Turkish domination, the Turks named the area “Tzaferaga” after the Turkish governor Aga-Tzafer. Around 1902 the village was named Asini, after the name of the ancient city.

Local events
There are three religious festivals in Asini during the summer. The first, of Saint Paraskevi, is on July the 26th, the second, of the Transfiguration of Christ, on August the 6th, and the third, of the Assumption of Virgin Mary, on August the 15th. The singing and the dancing and the smiling faces of the hospitable local people promise you great fun. There’s also a big religious festival in honour of Saint Demetrius the Myrrh-streamer on October 26, and then there’s the “tangerine festival” in late December.

Entertainment
There are many taverns and grill-houses serving excellent food, and you will find a café to enjoy your coffee all day long. For your night out, you will find a variety of discos, bars, and night clubs with live music.

Local products
The village is in a plain of citrus trees, quite famous for their delicious fruit. Other products of Asini are olives and garden produce. The slopes of the neighboring hills give off sweet smells of mountain herbs, chamomile, oregano and thyme.