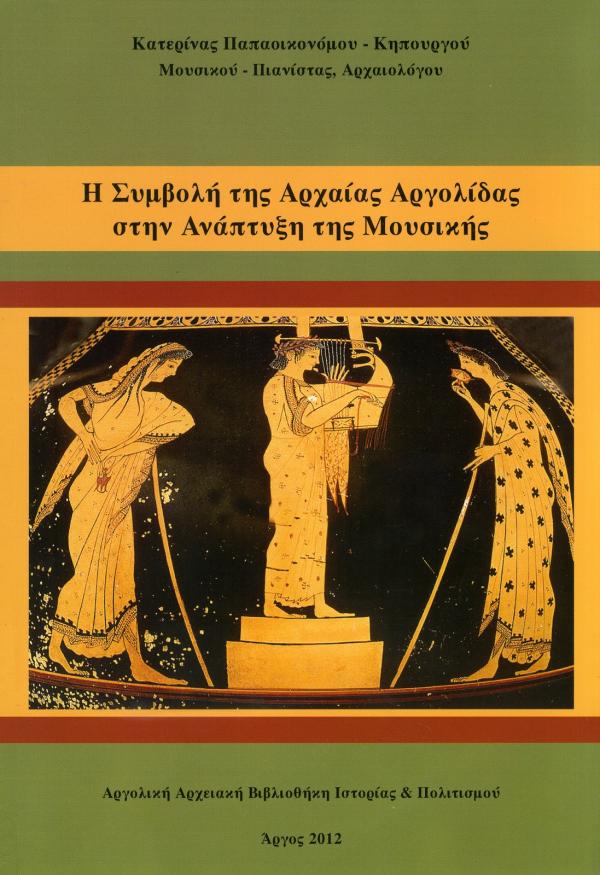 The Argoliki Archival Library History and Culture with joy and satisfaction to announce the publication of a book of Mrs. Katerina Papaikonomou - Gardening, Music - Pianist, archaeologist, "The Contribution of Ancient Argolis the development of music." This publication was funded by the Regional Unit of Andhra Pradesh.

Anyone interested in obtaining free this excellent study, please contact the Argoliki Library, telephone 27510 61315, working hours and days and in bookstores.


About the book, Mrs. Papaikonomou-Gardening notes:

Already at the 6 ° and 5 ° BC Argos century famous musicians had left an indelible mark on the musical scene in Greece. The Aristonicus Sakadas and established the guitar and flute respectively as independent solo instruments in music competitions.

The Ierax and Sakadas invented and introduced special forms (forms) and remarkable compositions generally introduced innovations that have contributed to the evolution of the music of those years throughout Greece. The Sakadas participated in shaping the holidays of Gymnopaidion Sparta, evidence in Arcadia and Argos Endymation the Ierax Endromi introduced to the Olympic Games.

The Lasos the Ermionefs studied music theory and is the first co-authored book on music theory to be considered the founder of the science of music, after all the actions of the lasso is the introduction and establishment of dithyramb as a separate race in various music competitions holidays .

Finally, the study of ancient Greek today music notation, notation of twenty-six centuries after its creation, it indicates a place of invention of the Argolid of the 5th century. All these data justify the verse that Herodotus around 600 BC and a little later the "slow length mousikin are Greeks first" right then the Argives had the reputation of being the first among the Greeks to music, since they had contributed very substantially so many new elements to the development of the art of sound.