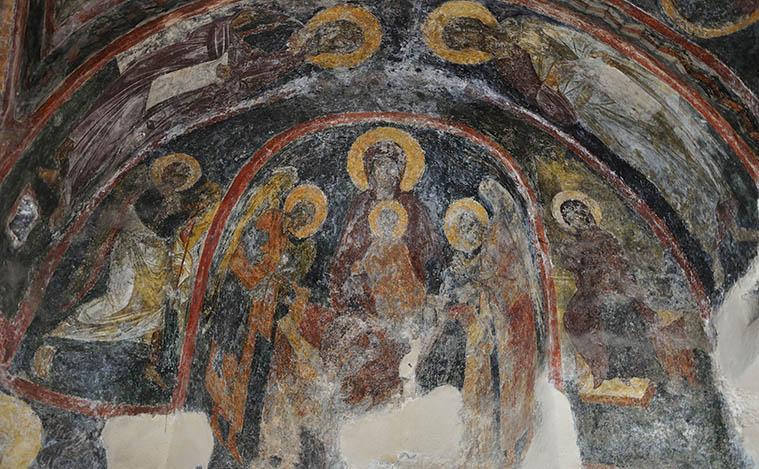 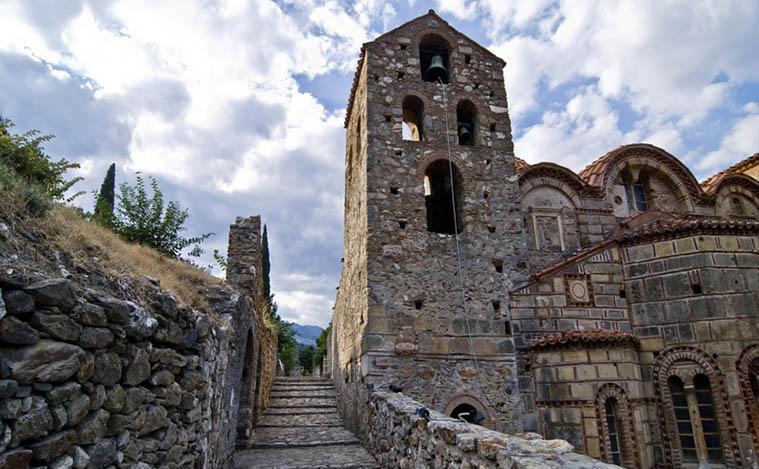 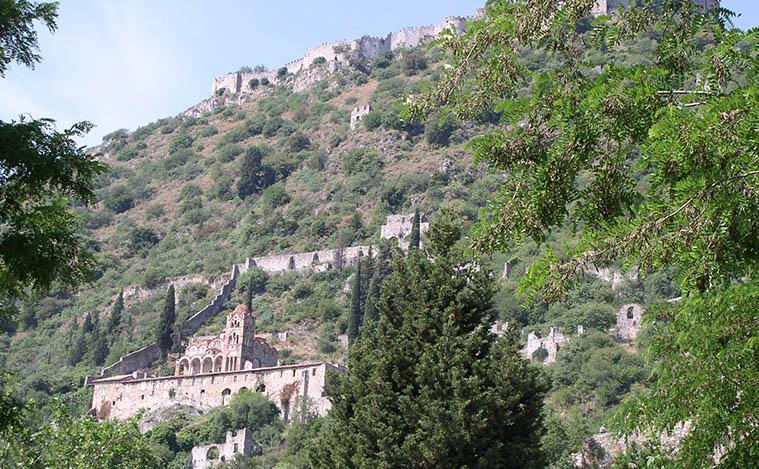 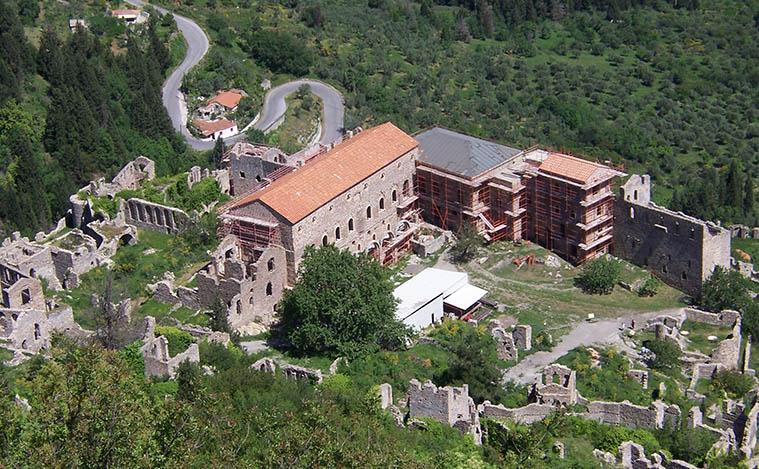 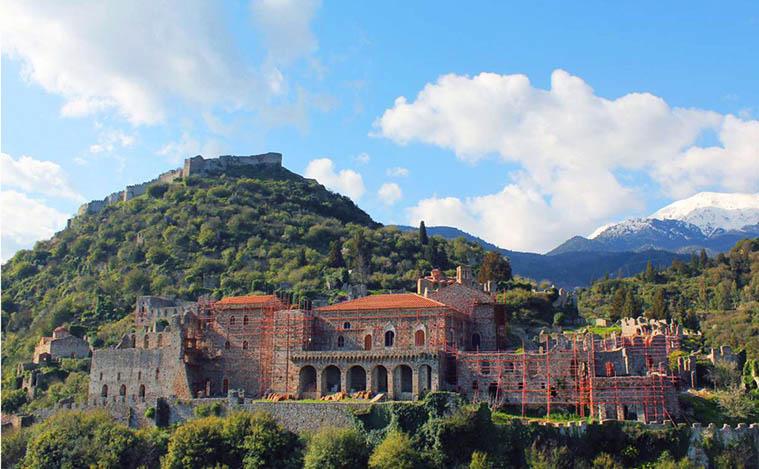 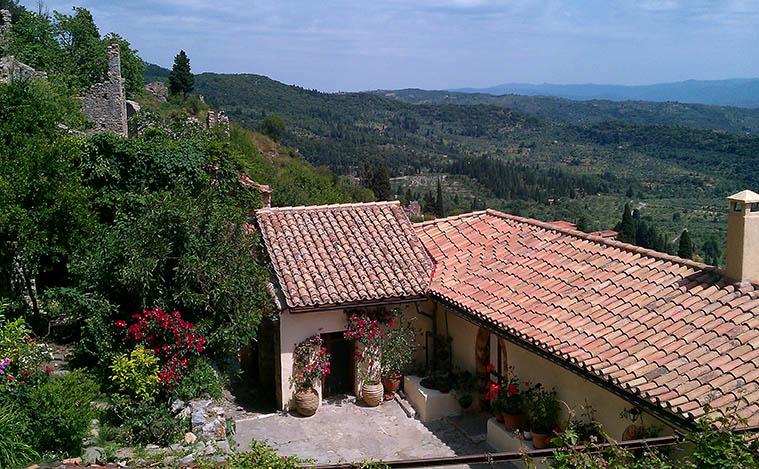 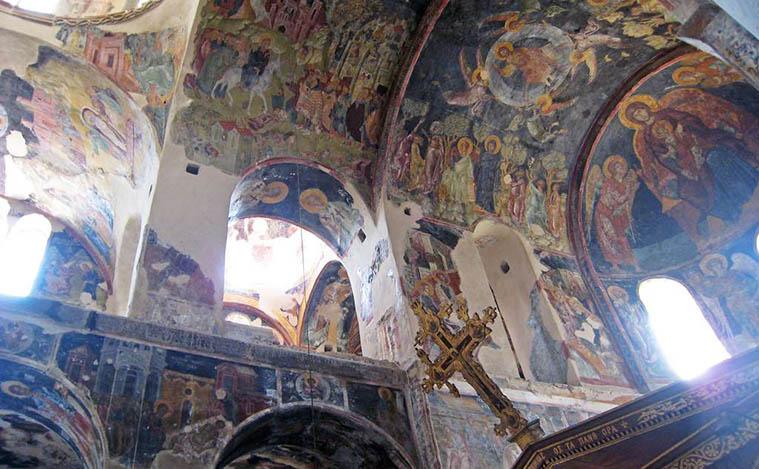 Mystras used to be the most powerful Byzantine town in the Peloponnese from the 13th to the 15th century. It was a fortified town lying on the northern slopes of Mt Taygetos, at about 8 km to the west of Sparta.

The castle was built in 1249 by William de Villehardouin, the Frank conqueror of the Peloponnese but it was given to the Byzantines ten years later, who turned Mystras into the capital of the "despotate of Moreas". The castle went through the dominations of the Turks and the Venetians and was finally abandoned in around 1832, when its inhabitants moved to the close by city of Sparta. Today the only inhabitants of Mystras are some nuns in the Monastery of Pantanassa.

The whole other area is full of ruins and remains of its glorious past. These remains include a fortress, some cisterns and towers, a small palace, some stone-built mansions as well as wonderful Byzantine churches and monasteries, such as the cathedral of Agios Demetrios, the monastery of our Lady Perivleptos and the church of our Lady Hodegetria. Most of these churches are well-restored and have nice frescoes, representing scenes from the Bible. Regarding the predominant architectural style, in spite of all the other different cultures Mystras was exposed to along centuries, the deepest historical traces were left by the Byzantine Empire.

In fact, Mystras is considered one of the best exponents of the Byzantine culture, visited by hundreds of tourists all year round. A few meters away from the castle, there lies Neos Mystras, a small village whose inhabitants descend from the residents of the old castle. Another beautiful village close by is Trypi, where the famous Ceadas Cavern is found.

The Byzantine town of Mystras is a popular tourist attraction and has been declared by UNESCO as a World Heritage Monument. However, apart from a gorgeous ancient site, Mystras also offers a lovely nature to discover. Hiking among lush greenery, gorges and small villages can be a delightful opportunity.

Things to see in Mystras

The Palace of Despots Source