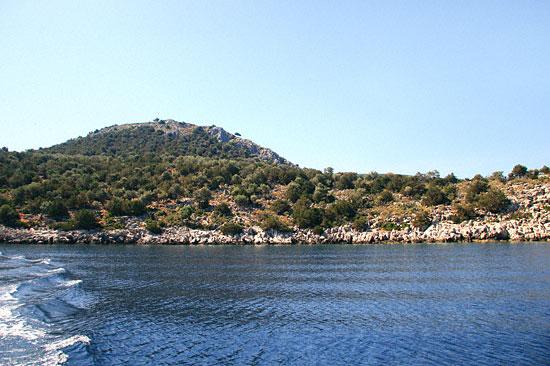 facing Ermioni, is where the oldest shipwreck known has been traced. In 1975 the pottery cargo of a shipwreck was found, dating back in the Early Helladic II period (2700-2200/2100 BC). In the years 1989-1992 the ancient shipwreck was thoroughly examined. Ever since then, the maintenance of the findings has been undertaken by conservators in a specially formed room at the Spetses Museum.