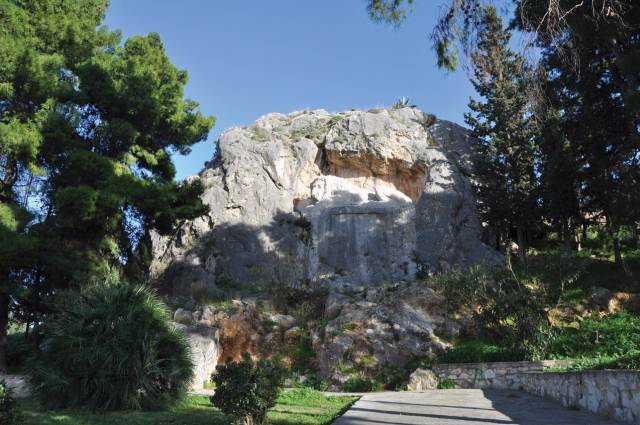 An exceptional sculptured monument found in Pronia Square, where the National Assembly met in 1832 to ratify the election of Otto as king of the Greeks. According to history, following the orders of Otto’s father, the sculpture was carved on the rock by Siegel in 1840-41 to honor the soldiers of the king’s court who had died in Nafplio.