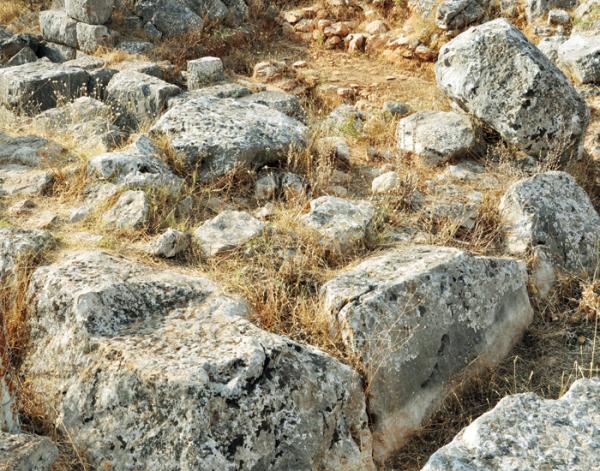 The “Ligourio Pyramid”: A small fortification, known as “the Ligourio Pyramid”, is situated on the foot of Arachnaion Mountain, to the northwest of the village, on the Argos-Epidaurus road to the left, 200 metres from the church of Agia Marina. In Ancient Greece, on the foot of Arachnaion Mountain, there used to be a central road that enabled the cities of the Argolida valley to communicate with the coastal cities of the Saronikos bay. This road was guarded by an extensive net of outposts alongside it. One of those outposts in the valley of Ligourio is the renowned Ligourio Pyramid, built in the 4th cent. BC.
Today, only the pyramid-like base,  which carried a square tower on top of it, remains. The monument was used as an outpost and the pyramid-like base helped keep the tower’s defenders in a safe distance from possible attackers.